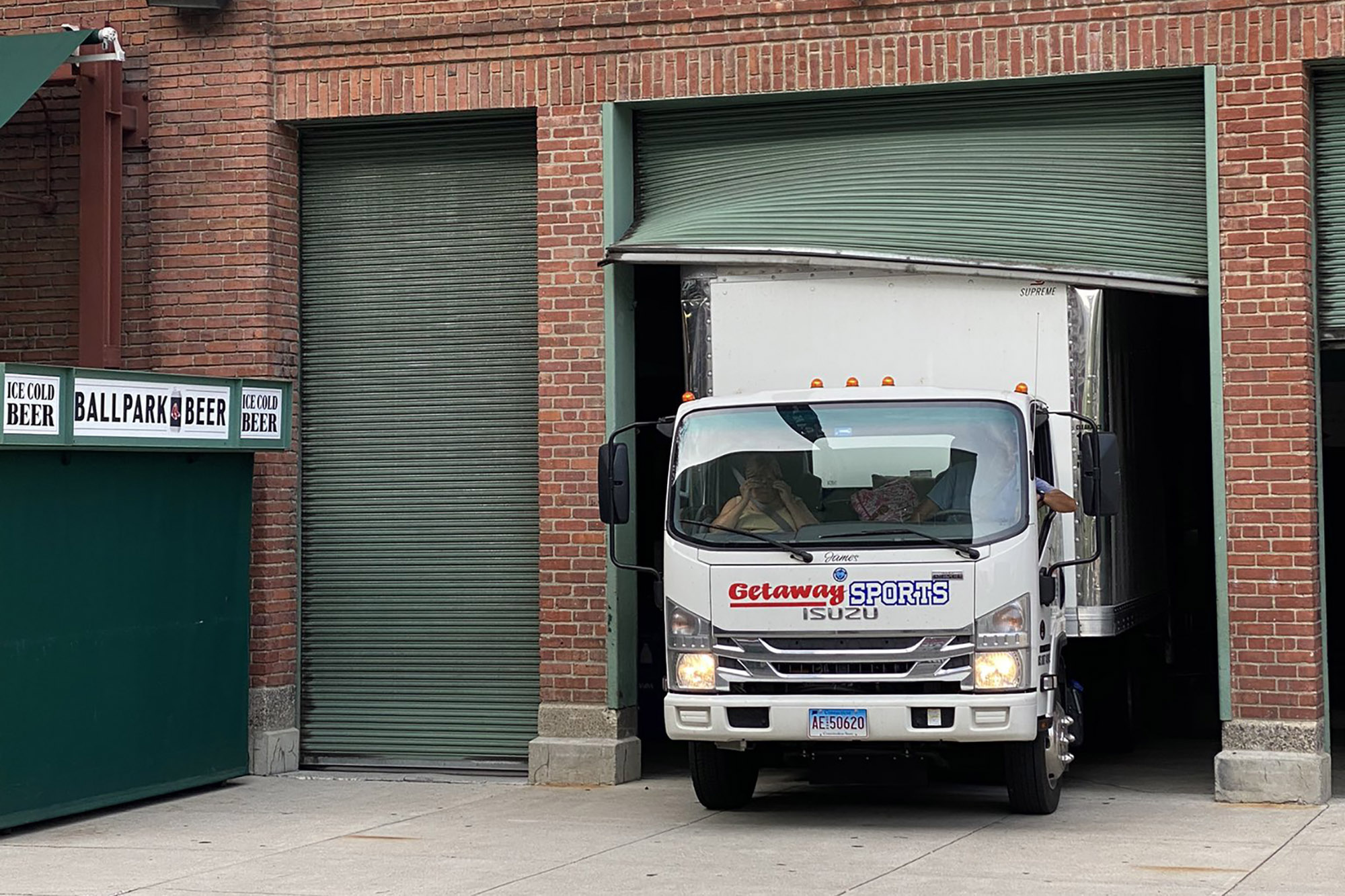 Just when you think things can not get worse for the Yankees, they do.

They can’t stay healthy. They can’t hit. They can’t pitch. And apparently, their equipment truck can’t drive, either.

After a 9-2 loss to the Red Sox in Boston Sunday afternoon, the team truck driver hit a garage door exiting onto Jersey St. The truck was stuck idle as its top was caught behind a bent metal fortress, creating a spectacle for onlooking Red Sox fans to take joy in.

Sunday’s loss completed the Red Sox sweep. The Red Sox are now 6.5 games ahead of the Yankees in the AL East standings, as the Yankees continue their immensely disappointing season. Gerrit Cole (8-4) allowed six runs on eight hits, including two first inning home runs and three total, in five innings. He also threw a wild pitch.

Cole’s spin rates have dipped since the MLB’s crackdown on pitchers using substances for traction. Sunday was his worst performance yet as a Yankee.

On the bright side, while the Yankees had seven hits in the game, the truck driver had one, too. And who knows? Perhaps Cole’s unused spider tack was the reason the truck got stuck.

More in Other Sports