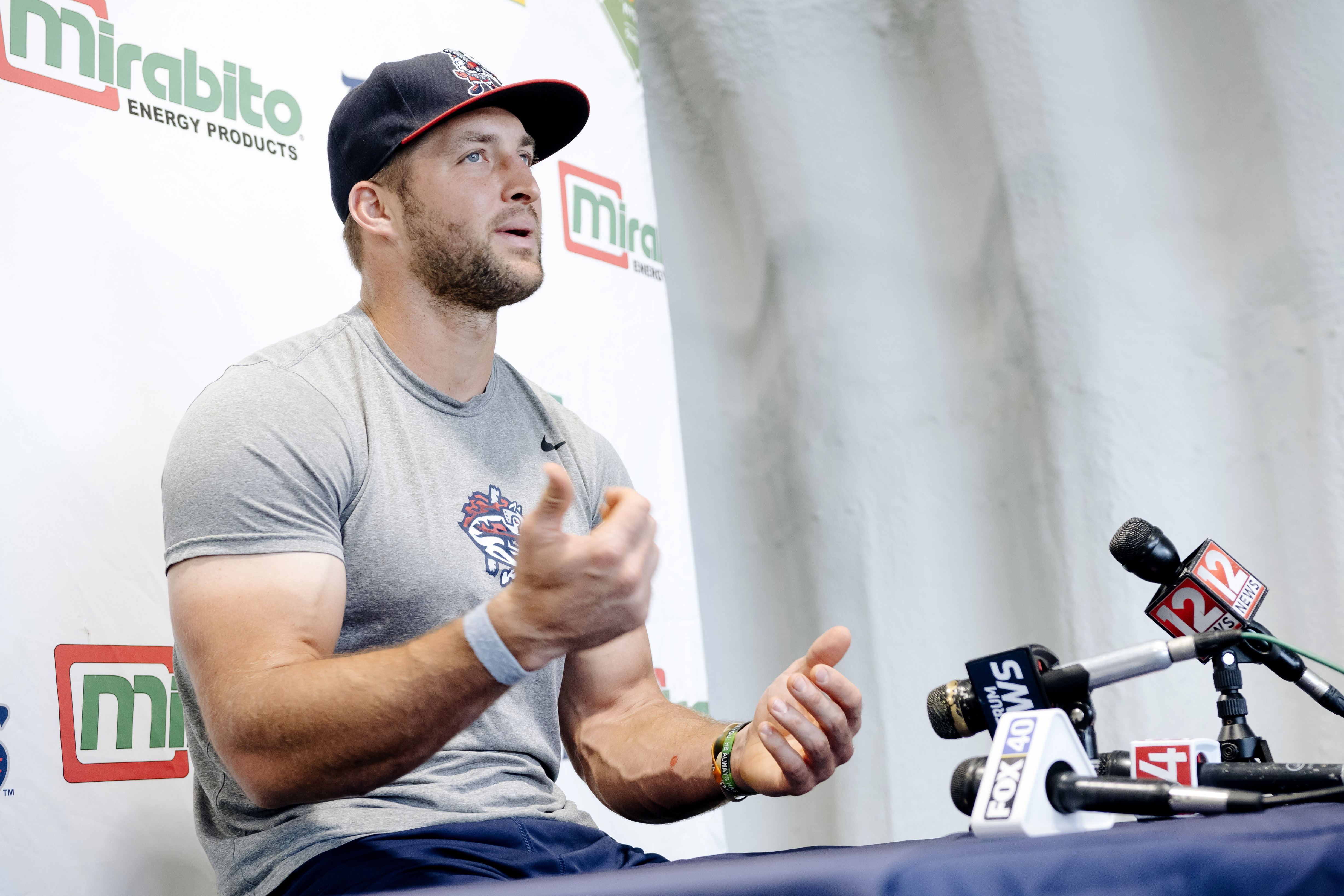 The first official look at Tim Tebow in a Jaguars jersey is here.

Just hours after he signed a one-year contract as a tight end on Thursday, videos of Tebow in his No. 85 jersey, arriving at the Jaguars minicamp emerged on social media.

Tebow is expected to be on the field in Jacksonville Thursday for a voluntary, closed workout as he begins his quest for a roster spot. Tebow’s move back to the NFL unites Tebow with his former Florida Gators coach Urban Meyer, who is in his first year leading the Jaguars.

The 2007 Heisman Trophy-winning quarterback will attempt his NFL comeback at tight end — a position the now 33-year-old never played in high school, college or the NFL.

“I know it will be a challenge, but it is a challenge I embrace,” Tebow said in a statement. “I am dedicated to taking the direction of our coaching staff and learning from my teammates. I appreciate everyone’s support as I embark on this new journey.”

Tebow, who turns 34 in August, hasn’t played pro football since the 2015 NFL preseason, and his last regular-season game played was in 2012, with the New York Jets. He went on to pursue a baseball career with the Mets, while also working as a college football analyst for ESPN.

Tebow was selected 25th overall by the Broncos in the 2010 NFL Draft. He went on to spend time with the Jets, Patriots and Eagles.

JuJu Smith-Schuster aims to move past TikTok, Steelers drama
Why have there been so many MLB no-hitters this year?